During hygiene inspections of restaurants and other food outlets, the most commonly discovered infringement involves food storage temperatures. Frozen foods should be kept at -22 degrees centigrade ideally, and they should never be allowed to rise again beyond -18 or the food is considered unfit to keep. Temperatures for other perishable goods are less clearly defined because they vary for different foodstuffs, but generally they should be kept around 2 degrees centigrade and never rise to 8. 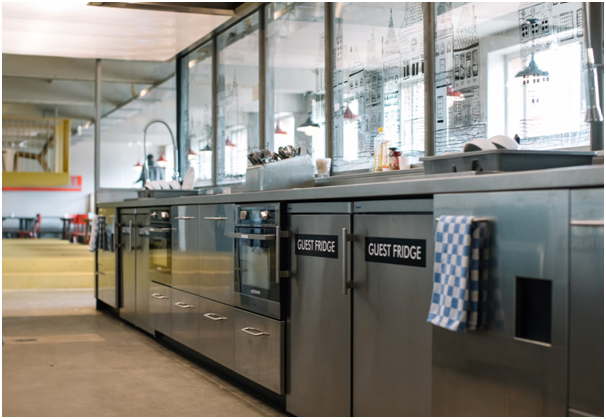 It is often difficult to maintain working conditions at temperatures suitable for your workforce and food temperatures required by food hygiene regulations, so having reliable, good-quality refrigerators is essential for any commercial enterprise involving food such as shops, cafes, restaurants, canteens or bars.

Domestic refrigerators are available in many shapes and sizes, from small tabletop fridges designed for a few chilled cans up to deep chest freezers and five- or six-door fridge-freezer combinations. For commercial establishments, the range is even wider, with walk-in freezers for behind the scenes storage or pass-through and multi-door display units especially suited for front of house. 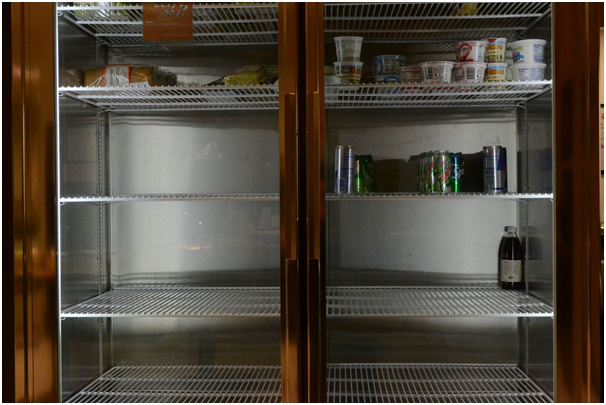 Glass doors, often combined with specially designed racks that queue replacement items and push them to the front each time one is removed, make monitoring your stock levels much easier. You can see precisely how many are still available and easily reload the products that are selling the fastest.

Logistically, some businesses depend on customer self-service in order to be economically viable. Glass-doored refrigeration units are essential to enable this, especially when combined with those dispensing racks.

It is almost too obvious to point out that your customers are more likely to buy things when they can see that you have them. This is even more true when it comes to introducing new brands or products. Glass-fronted storage units let them simply sell themselves.

Many of the advantages above apply just as well at home, especially if you have a large household to cater for. Not only do glass door refrigerators encourage your dependents to be a little self-catering, they also make it easier for you to keep track of your shopping supplies. Some units can also be a very good-looking addition to your kitchen.

A Cornish seafood restaurant has been crowned the best in Britain after toppling the previous champion’s five years at the top.

The restaurant located in Port Isaac leads the likes of traditional favourites The Fat Duck, run by Heston Blumenthal, and The Ritz, which continue to feature in the list of the top 50 restaurants in the UK.

The Good Food Guide is published by Waitrose and began ranking the UK’s best restaurants in 1951. Each year, the guide receives thousands of recommendations by the public, which it whittles down to a list. Inspectors for the Guide are then sent to these restaurants, posing as normal customers, to rate their experience.

The Secrets of Success

Outlaw attributes the success of the restaurant to the tireless efforts of his restaurant team. The 39-year-old launched the restaurant in 2007. It has been awarded two Michelin stars, and it first made the Good Food Guide in 2009, debuting at number 11.

Perhaps this is an indication of the rise in popularity of fish and shellfish in cuisine, which has long been praised for its health benefits in our diet.

The Best of the Rest

Despite falling to number two, L’Enclume has maintained its perfect score of 10. The restaurant is located in the picturesque village of Cartmel in the Lake District and is run by Chef Simon Rogan.

In contrast, a tiny restaurant called Stark, in Broadstairs, Kent, has gained popularity. The restaurant is so tight on space that it is unable to house toilet facilities; instead, diners use the local pub’s lavatory.

Ben Crittenden, Stark’s chef, has been awarded “Chef to Watch” in the Guide. “Chef of the Year” was awarded to Peter Sanchez-Iglesias. He serves cuisine at Bristol restaurant Casamia, which was listed tenth in the Guide.

The business world is a fierce one, to put it mildly. If you want your business to be a major force, you have to do what you can to keep it competitive. You should aim to make sure that your business is always the best it can be. Appearances count in the business realm, too. If you want to achieve a commercial setting that’s professional, polished and trustworthy, a clean environment is essential. If you want to attain a commercial setting that makes customers feel at ease, cleanliness is critical. Professional commercial pressure washing service can help businesses reach their highest potential.

Properly cleaning a commercial structure can be a hard job. Diligent scrubbing can only do so much. It often just isn’t enough to get rid of stubborn stains, however. If you want to relieve yourself of the stress of seemingly fruitless scrubbing work, professional pressure washing service can save your sanity. Pressure washing service is efficient. It eliminates impressive levels of lingering grime, debris and dirt, too. If you want to say farewell to those things without even having to get your hands dirty, you need professional pressure cleaning in your life.

Pressure cleaning can revamp your business and make it appear energized, radiant and fresh. It also has the ability to stop additional building problems. The collection of grime, debris and dirt can bring on mildew and mold. Remember, too, that pressure cleaning can effectively eliminate persistent bird droppings. These droppings are highly acidic and because of that are potential structural damage triggers. If you want to keep problems with mildew, mold and structural damage away, pressure washing is the way to go. It’s important to understand that taking care of mildew, mold and structural damage can often be time-consuming, complicated and costly.

Pressure Washing Can Give Customers More Confidence in Your Business

People tend to question businesses that look dirty and shabby. They often wonder how seriously their owners and managers take them as well. There’s nothing unreasonable about that. If you don’t put time and effort into the appearance of your commercial structure, customers will think that you don’t care about your business in general. If you want to maintain your business well and give it a sense of credibility, a clean look is imperative. If you want to draw customers in, a clean appearance is vital. You should try to find a highly regarded firm that offers commercial pressure cleaning service nearby. Look for a company that has excellent reviews and ratings. Search for one that’s been in business for a while, too.

When your friend’s birthday comes around, sometimes you aren’t sure what to do. You want to make it clear to him or her how much you value and appreciate them, but it can be difficult to choose an appropriate gift. You don’t want to spend too much money, which can leave your friend feeling obligated or embarrassed as well as empty your wallet. At the same time, you want to show him or her that you didn’t forget their special day. Here are some tips to help you pick the right birthday present for your friend, no matter what they’re like.

Pick a Gift with Meaning

Adults don’t need their friends to buy them gifts because they can buy their own necessities most of the time. Instead, gifts are a way of showing that you’ve been paying attention to their interests and thinking about them. Get a gift for your friend that fits their favorite hobbies and interests, or choose something that’s a reference to an old joke or story that you share. You can find just about anything online to fit your needs. If your pal loves country fairs, consider cornhole gifts from a trusted provider like Custom Corntoss to give them something memorable.

Go on an Adventure Together

Instead of getting an object, get your friend an experience that they’ll always remember. Go on a trip together at your expense for an hour or a day. Pick something that will be fun to do together, like a tour of wineries or a concert for your favorite band. The memories that you will make together will be more valuable than any single purchase you could make for their birthday.

One of the best ways to celebrate a friend’s birthday is to take him or her out to dinner, your treat. Choose their favorite restaurant for your celebratory meal. Or, better yet, surprise them with reservations to a popular new spot that they’ve been eager to try.

Tell Your Friend How Your Feel with a Card

If you’re totally unsure what to do for their birthday and don’t want to or can’t buy a gift, just get your pal a card. This will give you a chance to tell him or her how much you care without spending a lot of money or adding to the clutter of their life. You might be surprised by how much someone will appreciate a simple gesture like a birthday card. This is especially true in this day and age where most people only say “Happy Birthday” on Facebook. A heartfelt message will mean much more to them on their birthday.

Have you ever woken up in the morning feeling bitter in your mouth? Did you notice yellowing of the tongue, skin, or sclera of the eyes? Do you feel pain in the right hypochondrium? If you give a positive answer to any of these questions, then, apparently, you have problems with the liver. But why does the liver ache?

The liver can be spoiled with alcohol, medications, malnutrition, but it can be restored. Therefore, do not despair immediately if you have found one or more symptoms of liver disease. You can still fix it. END_OF_DOCUMENT_TOKEN_TO_BE_REPLACED